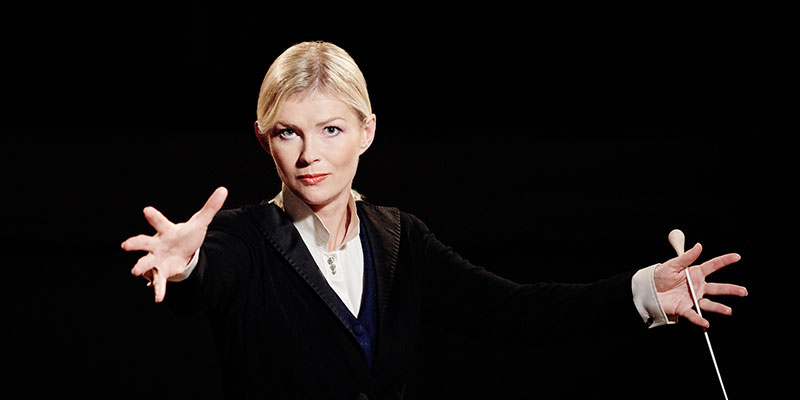 "The Orchestra recognizes the artistic growth of our organization under Anu Tali’s leadership. We believe that during the coming three years, Anu will continue to lead the Sarasota Orchestra to an even higher level of musicianship,” commented Joseph McKenna, President and CEO.

Tali, a dynamic musical leader, is critically acclaimed and in demand worldwide as a guest conductor. In addition to her role as Music Director of the Sarasota Orchestra, Tali serves as Chief Conductor of the Nordic Symphony Orchestra, which she founded with her sister Kadri Tali in 1997.

“From our first meeting, I felt a musical connection with the Sarasota Orchestra. It has been a wonderful musical journey for me to share the stage with these talented musicians,” remarked Anu Tali. “Sarasota has become a second home to me, and I look forward to sharing more great music with the community I have come to love.”

Tali’s first performances under her new contract are November 4 – 6, 2016 with the opening Masterworks concert titled, ‘The Rite Music.’ Under the baton of Anu Tali, the program includes Concertmaster Daniel Jordan’s performance of Mendelssohn’s Violin Concerto.

“The Board of the Orchestra is confident that Anu will build on past successes and continue to enhance the artistic excellence of this organization.  During the coming seasons we are looking forward to advancing the Orchestra’s facility planning and exploring an orchestra tour,” said Anne Folsom Smith, Board Chair.

About the Sarasota Orchestra

Come as you are. Leave different. For more than six decades, the Sarasota Orchestra has been engaging music lovers from around the region, and visitors from around the world. The Orchestra performs more than 125 classical, Pops, education and community engagement concerts each year, and thrives as the oldest continuing orchestra in the state of Florida. 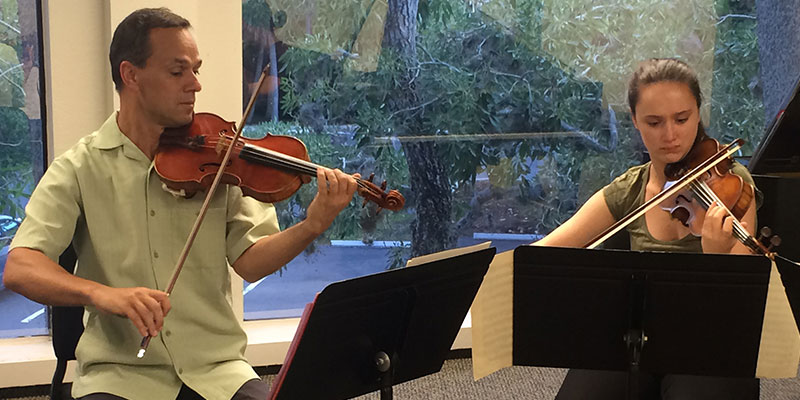 Upon entering room 204 in the Sarasota Orchestra building, this year's Festival students can be seen tuning their instruments, practicing their piece of choice, and organizing sheet music. Once faculty artist Charles Wetherbee enters the practice room the sound of violins and rustling paper peters out. Everyone takes a seat and is ready to begin.

Charles Wetherbee is a highly esteemed violinist whose playing has taken him around the world. Wetherbee has performed in Europe, Asia, the Middle East, Canada, Mexico, and the United States. He has taken part in a multitude of music festivals, including the Aspen Music festival, the Garth Newell Center, the Hidden Valley Festival, the Roycroft Chamber Festival, and the Sarasota Music Festival, to name a few.

Wetherbee brings with him a thoughtful and observant eye when it comes to teaching at the festival.

“Start with more color... expand on the context for a specific phrase.”

After a student performs their piece in class he deconstructs their playing, and points out places that worked, as well as moments for improvement. “We're not changing articulation, just dynamic and energy.”  In addition to verbal advice, Wetherbee takes his own violin and produces examples for the student to go by, giving them both auditory and visual feedback.

Diligently, the students absorb his critiques and try to translate his words into their playing. Keeping in mind his advice,

“there is room to find much more contrast and color”. 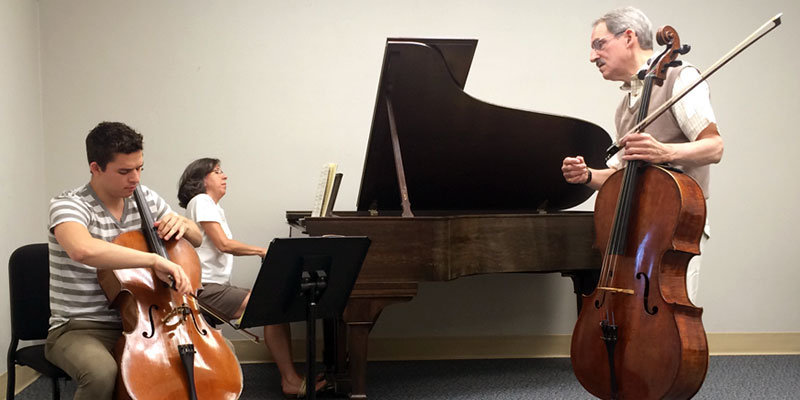 An Opportunity to Celebrate the Living

Cellist Timothy Eddy is a highly acclaimed soloist and recoding artist who has won multiple awards, one being the Cassado International Cello Competition. In addition to pursuing a soloist career, Eddy is also part of three different group ensembles: the Orion String Quartet, Eddy-Kalish Duo, and Bach Aria Group. 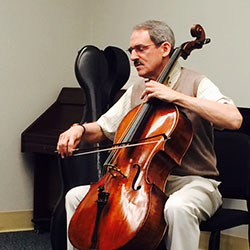 Eddy is also involved in the world of teaching. He is a Professor at the State University of New York at Stony Brook and formerly was a faculty member at Mannes College of Music in New York, Julliard, the Isaac Stern Chamber Music Workshop at Carnegie Hall, New England Conservatory of Music and SUNY Stony Brook. Not to mention his role as a faculty artist at the Sarasota Music Festival, which he has been teaching at since 1980, and attended as a student in 1970.

When teaching music students at the festival, Eddy tries to push the students further, challenging them to find the emotions in a piece.

"We must find the door... to hear the pieces spilling out of us."

It is important for the musician to evoke a deep emotional response from not just the audience, but from themselves as well. "Music must convey an emotional image" and by doing that, a fully immersive experience is achieved. The cello is one of two components in the process of creating music. The second component is the musician. However, the key is to achieve an emotional response by combining the two, merely making the cello an extension of the player. When they are one, the emotions of the musician may channel through the bow and out the cello.

"To discover and rediscover... To be in the state as the piece we are playing. Playing must be as natural as speaking or being." After all, "concerts are an opportunity to celebrate the living." 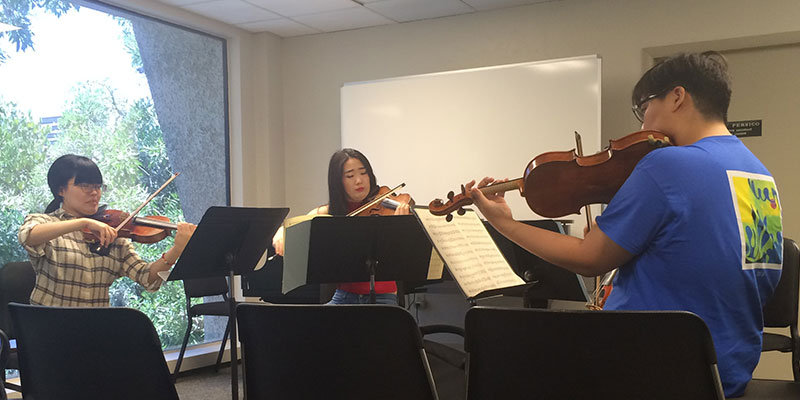 Coaching at the Festival

The sound of violins, cello, and viola intertwine and waft through the air. The conversation between these instruments can be heard during one of the Sarasota Music Festival’s coaching sessions. Instructed by faculty artist, David Coucheron, four students practice Brahms- String Quartet No.1 in C Minor. The session is designed to give students an opportunity to practice and receive constructive criticism on how they can improve their playing techniques.

As students practiced sections of the piece, Coucheron would often stop them, provide insight on how they could improve, and then ask them to try the same section again, but with his pointers in mind. Each instrument has its own voice, and when played together, a harmonious conversation is created.

As the class continued, the conversation between the instruments developed a flow, and one enchanting voice was heard. When approaching a new section of the piece, a stop and go routine developed. Students would practice and then stop when Coucheron waved his arms. They listened to him play his violin, posing as an example of how they could improve.

The coaching was well received and understood by the attentive students who were eager to translate Coucheron’s critiques into their own playing. It was a learning experience not just for the students, but for the audience as well. 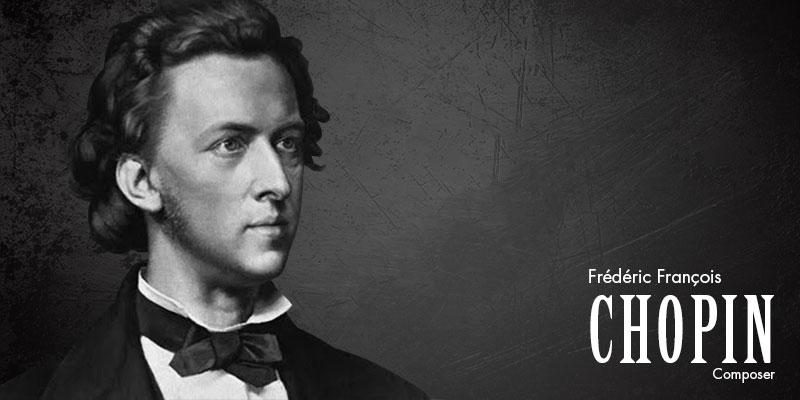 Getting to know Frédéric François Chopin

Born in Poland, he later settled in France. He had oodles of messy affairs. Here are a few, hopefully surprising, facts about Chopin. 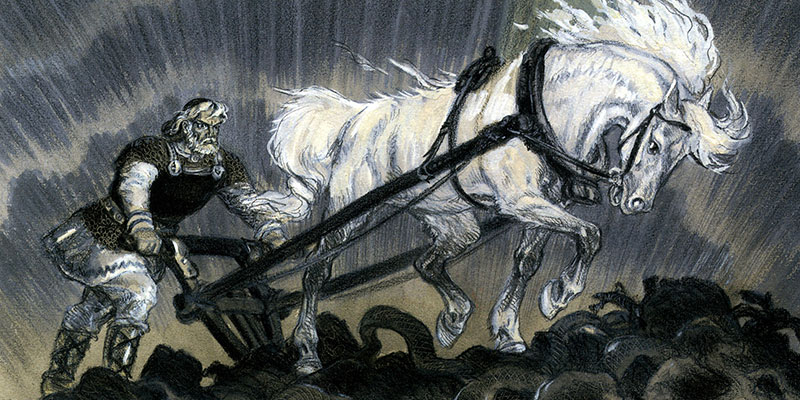 We've all heard of the Iliad and the Odyssey, but have you heard of the Kalevala? In the tradition of rip-roaring national epics, the Kalevala is a collection of Finnish tales that are filled with drama, lust, romance, kidnappings, adventure, and more.

Jean Sibelius, a Finnish composer, fell deeply in love with the Kalevala. Indeed, we could say he was obsessed. He even spent his honeymoon in Karelia, which is considered the birthplace of the Kalevala. Further, he wrote not one but MANY pieces inspired by the epic tale.

In fact, the Kalevala and the Finnish countryside would become Sibelius's two greatest muses. A love of all things Finnish wasn't innately taught to Sibelius by his parents. He discovered it. Sibelius was born to Swedish-speaking parents, and it wasn't until his later school years that he was sent to a Finnish language school where he first read the Kalevala. And thus, the obsession began.

Sibelius' masterpiece, Legends, began as an opera based on the Kalevala but he changed his mind and turned it into a four-movement orchestral work instead. Like its inspiration, the piece is majestic. The plot of this epic tone poem centers around the hero Lemminkäinen, whose exploits come across as a sort of mash-up of Don Juan, Achilles, Siegfried, and Osiris.

Watch out for the übermensch, Finnish style! 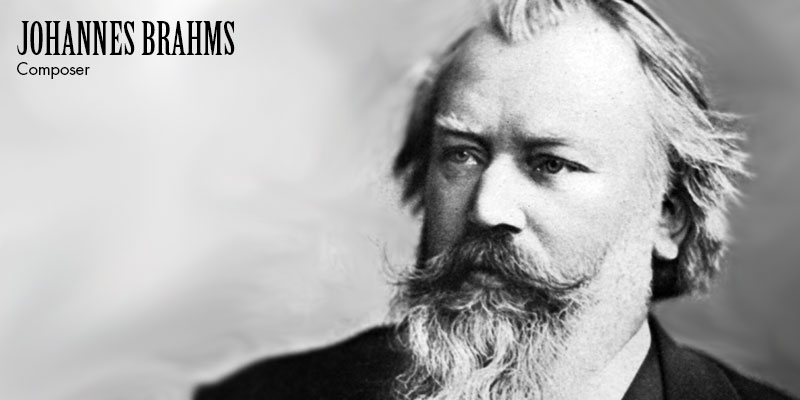 Wouldn't it be nice to have a composer for a friend?

It's wildly common for composers to write music for friends and loved ones. Mozart, for example, wrote many of his concertos for people he knew. Johannes Brahms likewise wrote his Violin Concerto in D Major for his friend Joseph Joachim (1831-1907).

The year after the premiere of the Violin Concerto in 1880, their friendship was on the fritz. Joachim tried to divorce his wife of almost twenty years, mezzo-soprano Amalie Weiss, on the grounds that he was not the father of the youngest of their six children. Brahms ultimately made a testimony in Amalie's favor, severing their friendship.

Brahms's Violin Concerto illustrates the mutual respect and collaborative spirit that existed between these two musicians. Brahms started work on the piece in the summer of 1878 while vacationing at Pörtschach, an Austrian summer resort on Lake Wörth. He sent the manuscript of the concerto to Joachim on August 22, writing, "Naturally I wish to ask you to correct it. I thought you ought to have no excuse - neither respect for the music being too good nor the pretext that orchestrating it would not merit the effort. Now I shall be satisfied if you say a word and perhaps write in several: difficult, awkward, impossible, etc."

By the time of the concerto's premiere in Leipzig on January 1, 1879, it had been considerably altered. The correspondence between Brahms and Joachim shows an interesting paradox: while Brahms incorporated many of Joachim's proposed orchestral changes, he didn't adopt many of Joachim's alterations to the solo part. Brahms's resistance to Joachim's interventions sets his concerto apart from other Romantic examples of the genre. Instead of casting the violin in the starring role and leaving the orchestra to the wings, Brahms integrates soloist and orchestra much more than other virtuosic concertos. 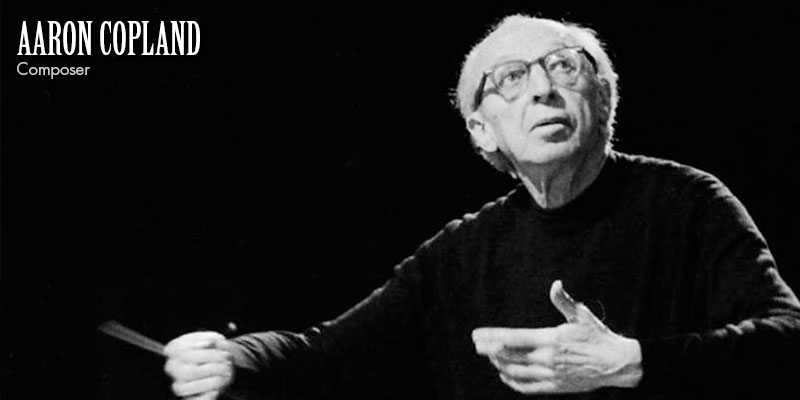 It's always fascinating when art imitates life. That is definitely the case in Thornton Wilder's play Our Town, which won the Pulitzer Prize for Drama in 1938. Our Town follows the fictional American small town of Grover's Corners through the everyday lives of its citizens.

The play's wild success and great acclaim on Broadway took Wilder to Hollywood to write a screen adaptation. Aaron Copland (1900-1990) had recently written music for the film version of Steinbeck's Of Mice and Men -- and seemed to be the perfect fit to compose a score to Wilder's Our Town.

It's even more fitting that Copland is often called the "Dean of American Composers," and was instrumental in forging an American style of composition. His music is truly American, while Wilder's Our Town is a small town story that is also distinctly American.

After the premiere in 1940, Copland quickly arranged a ten-minute concert suite that was aired on the radio. A few years later, he created the definitive version, which he dedicated to Leonard Bernstein. The suite premiered in 1944 in Boston, Bernstein conducting.